Note: This post was meant for Monday night, May 2nd.  Hello my dears, I know it’s been such a long time…not really but every now and then it’s nice to be a bit a dramatic. It’s been a week, but since you and I are deeply committed in this love affair, that week feels like forever-I know, I would miss me too. But here I am, since I missed so many days, this will be a Mashup…woohoo!

We love those don’t we? However, this time around I’m going to just highlight a few things that stood out. 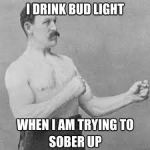 There was so much food and alcohol it was insane. I was good, I didn’t drink…well, okay toward the end of the afternoon I had a few drinks of an ice cold Bud Light. In my defense it was Bud Light, which is honestly just water; so, it shouldn’t be held against me.

The thing that caught me off guard was that none of the adults went into the lake, only the kids did. I went in there for a while, but after having all the kids think it was cool to splash water in my face, I walked out. The thing to do was apparently eat, drink, and just hang out. Ummm, yea that wasn’t happening. I was in the outdoors, we all know what happens when I’m in the outdoors: I want to run, hike, get dirty, explore all that mother nature has to offer. So I left on my own, I was going to do a boat tour of the lake. However, as I was making my way there I noticed that there was a trail ahead; so, off I went. It was beautiful, I have never hiked with flip flops before but there’s always a first time for everything. It’s apparently a 9.5 mile hike, I did about 3.5 or 4 miles. I was running out of water and I was worried that my ankle might not make it back in one piece, remember flip flops and no ankle brace.

As I made my way back, I noticed that a tour boat was about to take off. I ran over and asked what I had to do to get on, the guy sent me to buy a ticket and said he was going to hold the boat for me. Bought my ticket, which was only $5 by the way…not bad. I don’t remember our tour guys name, but he was cute and very friendly, I do remember Shasa though, she was a beautiful German Shepard that was getting socialized as part of her training to become an aquatic dog rescuer? Okay, don’t hold me to this title, but she was in training to become a life guard or um dog. It was so beautiful and peaceful. I will definitely be going back, it is only $6 and you get to stay there as long as you want, well eventually they’ll send your crotchety butt home. But before they do, you can go on a hike or bike ride, then go for a swim in the lake, rent a kayak, or peddle boat, or other type of boats. No food, don’t worry they sell some greasy burgers. Yay for you, not so much for me. I will definitely be going there again before the Summer is over.

I’ve also been asked to speak on creating a safe space: we have a loved one in our family whom we believe might be gay or bisexual. But we are not sure; honestly, it is not our place to even question. Consequently, we have decided as a family to let it be, and allow that individual to be or not be whatever they want to be. Either way it doesn’t matter, because there’s love there, and our love for this individual is not based on their sexuality. We don’t talk about it or ask them questions about their identity, we know who they are, their sexual preference bears no weight on the love and support we have for this individual.   Moral of the story is, I met with the coordinator of the organization and I mentioned that I really wanted to start getting involved. I only did the training a while back but haven’t really had the opportunity to dive in. This Friday will be my big break, not sure what I’ll be doing though. I really just want to shadow someone, and see what happens. No two meetings are the same, as all workshops have different themes; moreover, this is no light topic, reactions might not always be positive. But in addition to this, I was also asked to help with the communications aspect of it. I agreed, but told them once school started my schedule might vary and I probably wouldn’t be able to help them as much. But I’m really looking forward to working with this group, one of the founders is a good friend of mine, I actually call her my Bay Area Momma. 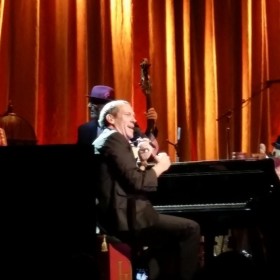 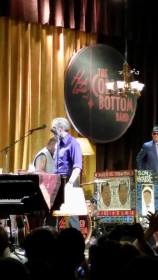 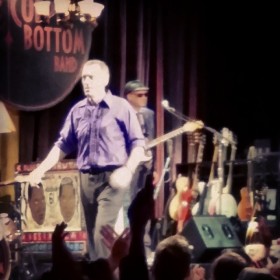 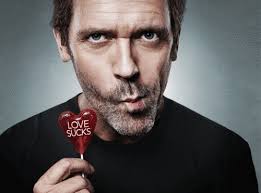 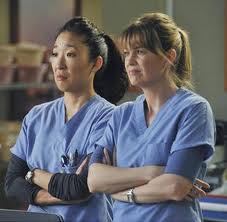 Favorite MD’s along with House, of course!

However, what I’ve learned is that one never leaves the Fillmore. I’m working there next Sunday, some rapper guy’s show. I told them I could be on call for when they needed people, but I just can’t be on a schedule. School is starting shortly too, so I was going to quit anyway, I just did it now instead of August.

I’m determined to get out there, I’ve already written down some spots and calendared some events.  I want my summer to be about: exploring, loving, living, arts, creativity, earth, and soul. They may just be random words to you, but they are all connected for me. I want to dive in, breathe and experience it all and see what happens. You will bear witness to this, as I will of course chronicle every adventure and every crazy shenanigan I do. Maybe some of my readers might even recommend some must see places or experiences, or better yet you might even join me. Which would be awesome, as long as you are not a creeper, pervert, or nut job. Hey we are all special in our ways, but some are just a bit scarier than others.  I’ll be posting a list of the places I will be attending in the next few days.   I’m really excited about this.  Last Summer found me broken hearted and shit it decided to make it a bit worse. It was one of

the hardest summer’s of my life, but here I am a year later. Still standing and raising hell! So this year it’s all about fun and life, no tears, darkness or sadness…unless I’m crying due to laughing too hard or crying because we are all out of wine.

Needless, to say that I thought she was immortal. I never thought she aged; nonetheless, would ever pass. To my reprieve her words will in fact be immortal; however, that relief is minute compared to the great worry that is felt when one realizes that the great teachers and heroes/sheroes of our time are shuffling off the mortal portal.   Speaking of which we lost Yuri Kochiyama on Sunday night, amazing political activist  who fought strongly for social justice after her family was shipped off to an internment  camp during WWII. She was the one that cradled Malcolm X’s head when he was shot and killed. She pushed for Asians to join the Black and Brown struggle, stating that at the end of the day we are one in the same in this racist society.

I share with you my favorite moment and poem of Maya Angelou, if you watch it you’ll know why:

But Josh, if you happen to be reading this call me? Wait, the guy doesn’t have my number, okay email me or twitter, wait tweet, ugh, who am I kidding…moving on.

I will admit that as I sat there, for a brief moment I felt weak. I felt that I had in fact no courage, that I was fearful; therefore weak. But my dear and courageous friend Kathleen, quickly snapped me out. She reminded me of things I had taken on, things I had accomplished, and most importantly, things I had left behind. All of these things require some sense of courage, I had it, I was fearful but I still continued on. I realized that comparing my life to those whose stories I was so openly honoring, was not doing me justice and was in reality doing a disservice to all the lessons learned, tears shed, sacrifices made, and most of all to those moments of bliss that come when one has faced one’s fear. I realized that courage might not wear the same gown to every single occasion but it shows up when you need it the most and in the most astonishing of ways.

This event was a perfect tie in to all that has unraveled in the last week in my life. If you notice there’s a commonality in all of those “highlights”. They all involve self-reflection, and self-contemplation. Okay, maybe not the Reddick one, that’s just…well, the guy is yummy looking. Anyway in all seriousness, I did a lot of thinking about me last week. Where am I in life? Am I really happy, am I doing what really makes me happy? Am I surrounded by the right people, am I surrounded by people that make me happy? Am I surrounded by people that see the real me and accept me as I am, do I see the real them? Am I okay with what I see? Am I okay with what they might see?  I have some answers, but for the ones I don’t, I know the  Universe will get back to me. Some answers were easy to come by, other’s weren’t, some were even painful. But that’s just part of being human, as long as I don’t dwell on the bad too damn much I’m okay. Let’s see what unravels, I’m sure it will be an interesting ride.

Well, my dears I think I ranted enough…to think these are just highlights.  Love you long time, and hasta mañana my dears. Don’t do nothing I wouldn’t do, but if you do let me know what you did. Sharing is caring!

“Prejudice is a burden which confuses the past, threatens the future, and renders the present inaccessible.”