Hello lovelies, I hope you are staying warm wherever you are! I’m currently enjoying 38 degree weather out here in Berkeley. So, unless you live in the East Coast or in the Midwest with snow don’t talk to me about how cold it is where you are, because I might just punch you in the throat.

So today’s topic is: “Younger men and older women-yay or nay?”

“What brought this on?” You ask.

Disclaimer: Since, I don’t want to offend anyone I’m going to make up a name for this

person: “Mommy Dearest” or MD. It’s actually what I call her, not to her face, of course.  See, she has a major Diva complex and she tends to forget she’s speaking to adults and not children at times, hence the name Mommy Dearest.

Anyways, today I noticed that Mommy Dearest is extra special to someone, I call this person “her favorite.” I simply thought it was because she really liked this kid (Note: I call anyone younger than me a kid, this individual is about 27).  I thought she really drank the Kool-Aid when it came to this kid, as in she believed the hype.

This guy is okay. He’s attractive but in my personal opinion he’s a bit oblivious to certain things, and that just decreases his attraction to me. But MD treats this kid as if he’s God’s gift to mankind, praises his every word and move. I just sit there, smile and nod. I don’t agree, I don’t like the flavor of the Kool-Aid, and I sure as heck did not believe the hype. But you can’t tell this person otherwise.

For a moment I thought she knew something I didn’t know. Maybe he wrote a book, won a Nobel prize, is working on a cure for cancer. Something out of this world, I mean that’s how high up on the totem pole she has put him. There just has to be more to what I see, I mean why else would MD be so over the moon for this guy.

Did you already catch on? Then you are naughtier than I am. I didn’t see it until today. Actually, someone had to point it out to me.

I was talking with my friend about how I just didn’t get this guy’s allure with MD. My friend just looked at me like “really?” I looked at her in disbelief, I just couldn’t wrap my head around it. I mean this guy can be her grandson, but apparently there’s something more there. Not necessarily on his part, but in MD’s head.

My friend was and is totally against something like that. I on the other hand, not so much. I don’t see anything wrong with it. Well, in this particular situation it’s difficult because he has someone already in his life, so yea this would be wrong. But in general a younger man with an older woman, I don’t see the issue. 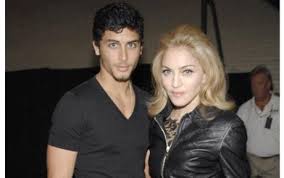 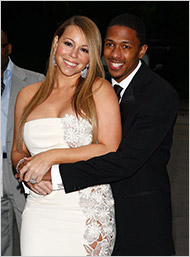 Let’s get this straight, I’ve never dated a younger man. I am; however, guilty of having a tryst with a younger chap, for a while. Other, than that I have always gone for older. I believe the most recent ex-boyfriend I had was the first guy I ever dated who was my same age. Thus, you know I’m not biased when it comes to this topic.

The way I see it, they are both adults and if the attraction exists then go for it. Knock yourself out! You go girl!

However, I don’t believe that the women should spoil her younger partner, which is the general consensus  and why I believe these type of May-December romances get such a bad rep. Everyone believes she must be buying his attention and that her young beau is in no way truly interested in an older women. I don’t live under a rock either, so I know these type of situations do exist, but we can’t categorize all the relationships this way because of a few fools.

What if I’m single (hope not) and in my sixties, should young men be off limits? I say hell-to-the-NO! If I look half as good as my mother does now (she’s 62, looking insanely good for her age, I better get them genes!), you bet I’m going to be going for the cabana boys while on vacations.

So, why then and not now? Good question, I don’t have an answer; however, since moving up to Berkeley I have met some very intelligent young men. Calm down men, I’m not claiming that the men up here are smarter, just some of the ones I’ve met. Plus, half of them are not originally from Berkeley (I really don’t think anyone up here is.). Moving on, these young men have made me change my mind a little when it comes to age. I say a little because I still have an age limit. See, I have a younger brother that is 22 years old, I cannot and will not date anyone that is the same age as my brother-right now. See what I did there? That’s called CYA (Cover Your Ass), I’m not going to say anything that I might later regret.

Age is such an interesting issue, people say it’s not an issue but it really is. You are either too young for something, but yet to old for another thing. You have to be 21 to buy alcohol, but you can enlist in the military at 18. I don’t get it?

Men dating younger women, seen as the norm. Women dating younger men, she must be “keeping” him. The paradox, of course, is that the older-woman relationship makes perfect sense when it comes to life expectancy, with women outliving men by an average of five years. But with men’s fertility far outlasting women’s, biology makes the case for the older-man scenario.

Things are changing, advice for women who want to pursue younger men abounds in an explosion of magazine articles and books dedicated to cougardom.

Linda Franklin, a former Wall Street executive who is the author of a new book, “Don’t Ever Call Me Ma’am! The Real Cougar Woman Handbook” said she had decided to take what she thought was an insulting term and use it to empower women.“What you see on TV in no way bears any reality to women in real life,” Ms. Franklin said. “These women take very good care of themselves, they are financially independent, and they are making different choices. That certainly does not make them desperate.”

Years ago, having kids when you were still a teenager was seen as normal. Now, it’s frowned upon. However, having children in your 40’s is also frowned upon. I’m 33 and in my culture I’m already an old maid for not having any kids by now.  What gives?

Age, is such a minimal thing but it bears so much weight on so many different things, from the relationships you form to the job you have. You can be the cougar or puma, or whatever cat they call women now, simply because you met someone younger that has all the qualities that you have been looking for. The way I see it, if you were to meet someone your age with those very same qualities, you would go for that person.Right? I know I would. Are we expected to walk away from this opportunity because he doesn’t fit in to what society thinks is acceptable? Again: Hell-to-the NO!

I would rather lose some friends that are against my new relationship because of something as trivial as age, than walk away from a potentially good relationship. Are your friends going to keep you warm at night? Okay, maybe. You might have that one friend that is willing to share a blanket or two. But do you a friend that is willing to do what a young lover might do for or to you? Just saying, let’s keep it real folks!

Let’s not forget that sometimes it’s just about having F-U-N! Again, I see nothing wrong with that either. If your actions and choices are not harming anyone, honey go for it! Do your thang! However, make sure you have a strong backbone, you will need it; unfortunately, our world is quick to judge that which it does not understand.

I say live and let live! So to MD, if you are really enamored with this guy, more power to you. However, I would hate this to be true, because he already has someone, it won’t end well. I already know what it feels like to get excited about someone and have nothing come out of it. I wouldn’t wish that feeling on anyone.

What do you think?

Am I just a poor spinster spinning her wheels or do I make a valid point? Love is love, lust is lust, if nobody is getting hurt, just let it be. You can always turn the other way if you don’t like what you see.

Hey that rhymes, I didn’t do that knowingly. Awesome!

This spinster is getting off her soapbox now! Good night lovelies!

Just in case you don’t know who Stella is or what groove she got back, here you go!