Hello lovelies, today I greet you with a heavy heart. For today, December 5th 2013 the world has lost one of its biggest and greatest leaders Madiba “Nelson” Mandela.

Perhaps one of the most widely recognized individuals associated with love and forgiveness in governance is Nelson Mandela, who played a pivotal role in combatting apartheid in South Africa. As the first South African president elected through a fully representative democratic election, Mandela galvanized his country to pursue a path of forgiveness and reconciliation, enabling many to move past the numerous atrocities that occurred during the reign of apartheid. Having been subjected to a total of 27 years in prison, much of which he served on Robben Island, Mandela was uniquely positioned to exemplify the act of love and forgiveness for his fellow compatriots.
I’m sure your Facebook and television is flooding with posts or commentary about Mandela; thus, I will not do the same. I am going to post, but it will be brief-at least for today.

I admired Mandela for so many reasons, as an activist myself he is one of the greats we aspire to mirror. However, the biggest and probably the main reason why I admire and respect this man so much is because of his capability for forgiveness.

He forgave a country and it’s people even after he was unjustly imprisoned for 27 years.   He was arrested in his 20‘s and was not freed until he was in his 70‘s. How many of us could say we would do the same? He came out without any need of vengeance, to the contrary, his desire to serve humanity had increased. I find this amazing because forgiveness is something that I find so difficult, especially forgiving ourselves.

I truly believe that forgiveness is one of the hardest things to do as a Human, but yet he made it seem so easy. I will forever admire this quality and I believe it is this very quality that allowed him to be the Great Human that he was.

Mandela will forever be a force in this world, he will forever be remembered, and many of us will continue to work hard on that shared vision of Equality for all humanity. 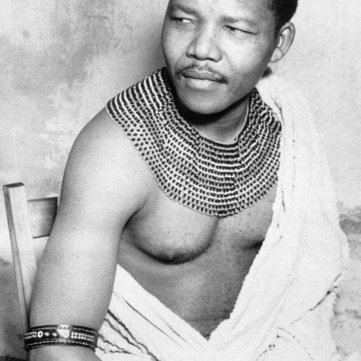 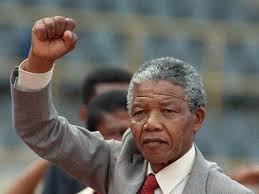 My heart goes out to the people of South Africa and to his family.

Here’s a short clip with his history:

Follow up from day 4: No ghosts needles felt this time, I think I’m becoming a pro at acupuncture. I still had a headache today, but not as bad. I have another acupuncture session on Sunday, so I’m sure I’ll get better soon.

Juice was good, not too keen on the powder though. It was so…powdery (sorry English Professors!), but I can deal with it. I think I just need to get use to it.